I love how easy it is to create a mesh of an irregular volume with “Parallel Sculpt”.
However, when I create a mesh with sculpt all edges are smoothed and rounded. See this screenshot with the volume (with sharp edge) and the resulting mesh with rounded edges: 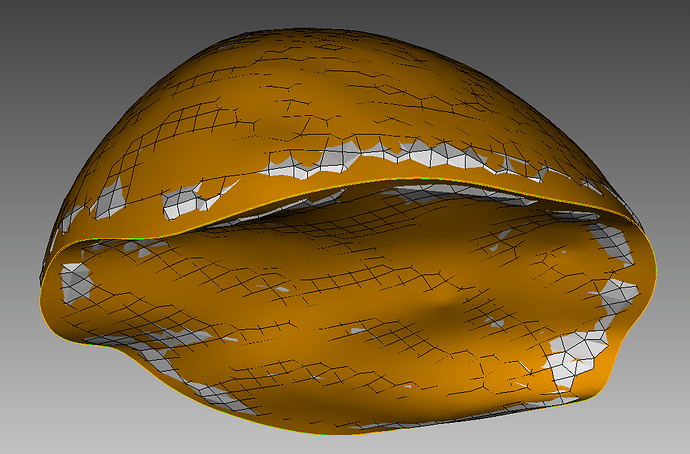 Is there a way to keep the sharp edges of the original geometry?

Best regards and thanks in advance for your help,
Willi

Here is an additional screenshot of the mesh only. 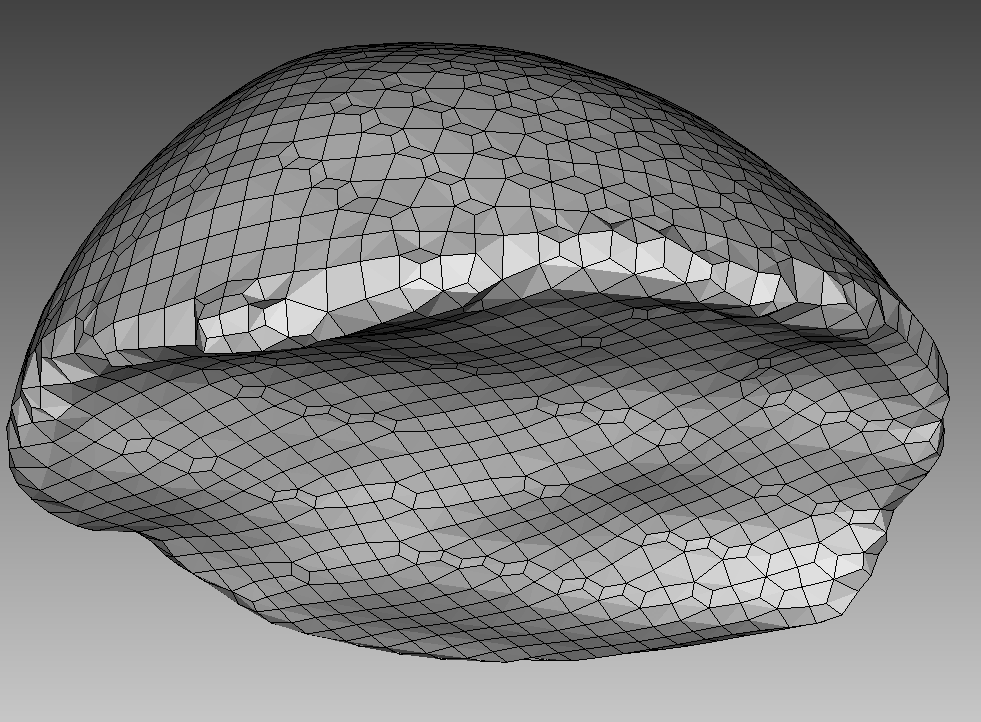 There is a beta-capability, that is not exposed in the GUI so you’ll need to use a terminal (command prompt on Windows) to access it. The command-line parameter is --capture and it accepts a value that specifies which features to capture. Below is a print-out of the manual for the capture functionality:

Thank you for the fast reply!
I will take a look into this and try if it works for my geometry.

To help with building your Sculpt command, I would recommend selecting the Create Input File and Do not run Sculpt options in the GUI: 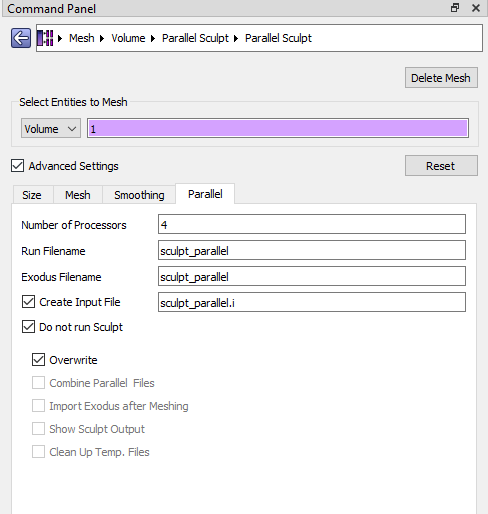 and then open the sculpt_parallel.i file that is generated – and then add the capture command:

Then you’ll simply run sculpt with the following structure:

This will output an Exodus file (*.e) that you can load into Cubit.