How to bias a mesh that is swept

I have 3 volumes that are imprinted and merged and I am trying to set a bias on the upper and lower volumes such that they propagate to a tighter mesh, to match the middle piece (yellow disc in pic). My interest is FEA on the middle piece and where the three volumes meet is where I need the mesh refined.

I have web cut using a plane and a cylinder through the 3 volumes so I could utilize hex elements and the sweep function. However, when I try to use the bias function I am not able to get the upper or lower volume to mesh with a bias. I have tried before and after doing a sweep function to mesh them, so I am not sure I am using the bias function correctly. I had no problem going through the tutorial that does this, but I was not able to get my volumes to mesh with a bias; any suggestions?

Thanks in advance, I always appreciate everyone’s help in these forums. 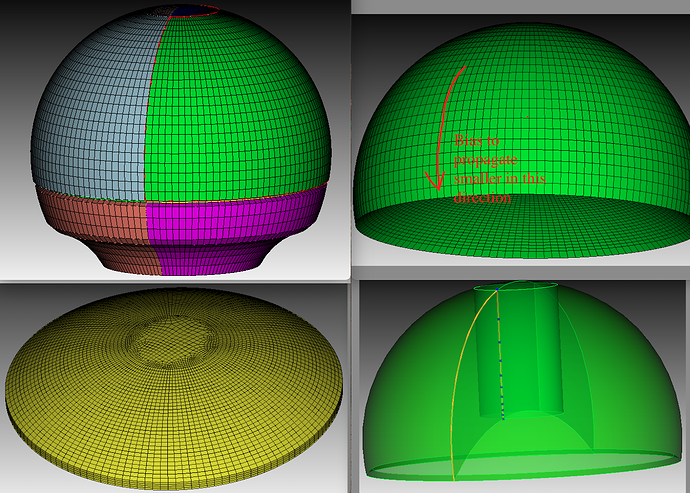 Here are the steps to create a biased mesh like the one shown. 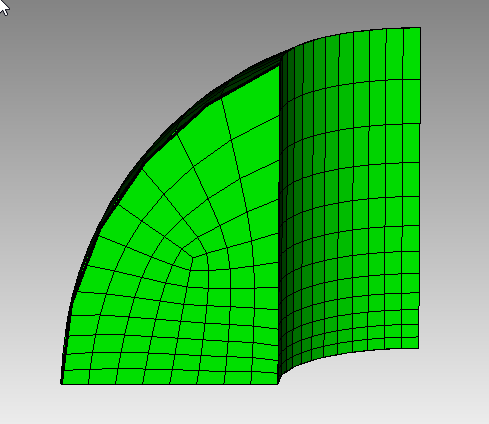 Here is a journal file that creates a simple case similar to your problem.